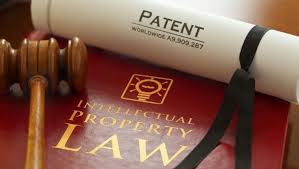 The whole world is packed with ideas, concepts and product that are being invented. IP is an integral part of business. The intellectual property has commenced in ancient Rome, where the stamps were placed on the bricks to identify and the leaders in Greek conferred monopoly rights to the creator of the most delicious food. It generally governs the ownership of ideas and its accessibility. These various ideas can be protected in various forms like patent (to protect tangible things), copyright (protect various written and artistic forms), trademarks (to protect the symbol, words). Patent registration in Bangalore is made so as to protect the ideas of the inventor and to establish those ideas so that the patentee can see how his invention is useful for the mankind when he is surviving. IP laws are available so as to protect the usage, commercial viability, prevents the infringement. Painting, writing, music, poems mainly the invention can be widely is protected with IP laws.

When your own ideas are used by some others then it is also a form of stealing. Stealing one’s knowledge is also legally prohibited when you choose your inventions to be patented.  The IP laws state that you must show that your idea is new and you must be able to carefully describe the patent with sufficient detail. The term of the patent is twenty years. If there are any objections raised or any hearings are made then laws and lawyers are important to carry out. To prepare the document drafting experts are needed and also for the preparation of the legal document experts are needed. To know more about private limited company registration in bangalore, click here. Recently in US there was a case, which claimed that if any of the inventions sold secretly to a purchaser and he is intending to keep it secret, then it will not be considered as “prior art”. And hence the court ruled that such a private sale is indeed prior art that prevents later patenting of the invention. “The patent system encourages disclosure as early as possible, so that others can learn from the invention and create new technological improvements”. This was the recent statement given in US, and this judgement saved major rule of the patent law.

The patent owner can make technical information about invention publicly available in published patent document. It did not encourage pre patent which is against the laws. Also certain guidelines established to make it easier for some inventions to be patent eligible. The first step is to identify whether the invention abides the law of nature. The international property law often raises international issues. If a person has invented something in foreign, claiming patent registration in Bangalore rights abroad is very tedious. The laws may not be same everywhere. So international agreements are signed. To negotiate and draft these agreements, Intellectual property lawyers might work on behalf of the government. Intellectual property is a product may be software product as well is a result of human intelligence and it should be used for the benefit of mankind. we also invole in gst registration in bangalore.

Trade secrets are the top secrets which should be confidential.  The superior authorities only have the trade secrets inside the company. Also financially it is helpful for the market to be unique. To avail protection furthermore, trade secret lawyer is also appointed. Geographical Indications and Industrial designs can also be protected under the IP laws. we also undertake one person company registration in bangalore. 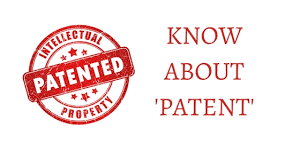 The design, utility and plant designs can be patented. Every time a patent law comes out, it might have a question that “how it is interpreted?” The answer for this question definitely should abide by the patent law. WIPO works to have an effective international intellectual property (IP) system, a key part of which is dedicated to patents. WIPO provides PCT. PCT can be defined as Patent Cooperation Treaty. If you want to file the patent registration in Bangalore in multiple countries this PCT is useful. In the 30 months of time you have to decide in which country you have to file for the patent. Also it enables you to have International Search Report on patentability. PCT application has to be filed within 12 months from the date of regional patent filing in Bangalore claiming priority of regional application. You can directly file in PCT after taking permissions from Indian patent office on Form-25. You need to file PCT when you need to disclose the invention before filing in other countries. The PCT application is published in 18 months in one of the 10 official languages. Now the PCT becomes more and more popular. trademark registration is also done in bangalore.

The patent laws between US and JAPAN 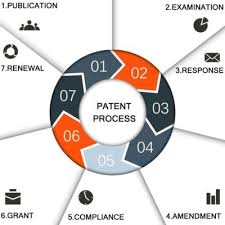 The similarities that both countries US and Japan have are both the countries they disclose the knowledge so that the intellectual property system serves as stimulus for further technological development. It gives you market edge. Also both are dynamic. A patent registration in Bangalore is industrial property right that give right to someone to exclude others from using it. The extreme generality encouraged by ‘intellectual property’ obscures the specific areas of contention created by the varying legal regimes. Those debating copyright law wonder whether the copying of academic papers should be allowed. Hence Intellectual property law deals with the rules for securing and enforcing legal rights to inventions, designs, and artistic works. Just as the law protects ownership of personal property and real estate, so too does it protect the exclusive control of intangible assets. MSME Registration in bangalore  & TDS Registration in bangalore is also done by us.  The purpose of these laws is to give a benefits for people to develop creative works that benefit society, by ensuring they can profit from their works without fear of misappropriation by others. Inventors can give notice of their rights by marking the product number. The label patent registration in Bangalore pending can also be used to discourage others from copying the content, its design before the patent is awarded. The universal IP laws allow the innovator to have benefit out of the work she or he did. To prevent the infringer from using the patented product, injunction can be produced. Substantial money damages may also be available. So IP laws around the world assist you in gaining honour to the inventor. To know more about patent registration in bangalore, click here.